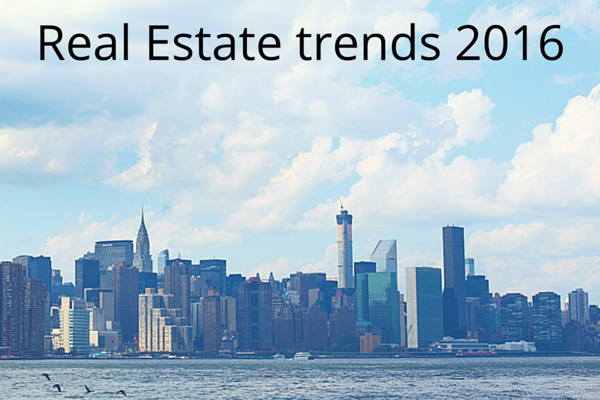 What should you watch for this year? The Urban Land Institute recently released its “Emerging Trends in Real Estate” report, covering the U.S. and Canada, for the coming year. The report covers some of the top trends expected to impact real estate in the short and mid-term.

Here are a few trends ULI says you should have on your radar screen for this year:

1. Rising mortgage rates. The rising interest rate is expected to be the mantra this year. “The underlying question is how the generation whose entire business career has been shaped by a low-interest-rate environment will respond to the upward movement in the price of money,” ULI’s report notes. “Will higher rates alter behaviors, to what degree, and at what threshold?” ULI says these will be the main questions that emerge this year.

2. Drought impact. The western part of the U.S. — particularly California — is facing a historic drought but the impact will likely be felt throughout the U.S. For example, “as irrigation has become more problematic and costly, so too have food prices for crops ranging from almonds and artichokes to pistachios and raisins,” the report notes. That will bring about a decline in farmland prices. Also, the report notes that semiconductor plants require large amounts of water, as do the snow-making machines at ski resorts. “Cities whose economic energy has been driven by population increases must confront limits on growth that are defined by water availability and cost,” the report notes. “Although a strong El Niño for the winter of 2015–2016 is forecast to bring much-needed rain, the water deficit west of the 100th Meridian is a factor that real estate should watch closely in the years ahead.”

3. Generation X in leadership. Gen Xers – those born between 1965 and 1980 – are due to take charge in real estate.“They are in a good position, in a way, as they are the ones whom the boomers should be grooming for management succession,” according to ULI. “But they came of age in the aftermath of the savings-and-loan crisis, in dire times for real estate. Few came into the business during the early 1990s, and even fewer have the benefit of real estate graduate education. Watch for the implications for leadership in the industry going forward.”

4. The Fair Housing Act and “the affordability crisis.” The U.S. Supreme Court says that local communities are able to take legal action to address any disparities in housing, even those that are unintentional. Also, the U.S. Department of Housing and Urban Development is now requiring local communities to “affirmatively further” equal housing opporutnitiy. Communities could risk losing federal housing funds if they don’t comply. “This could alter where affordable housing is built, and where households in need of such housing may move,” the report notes. What’s more, ULI predicts that given the recent U.S. Supreme Court and HUD rulings, a heated debate on multifamily development will likely ensue this year.